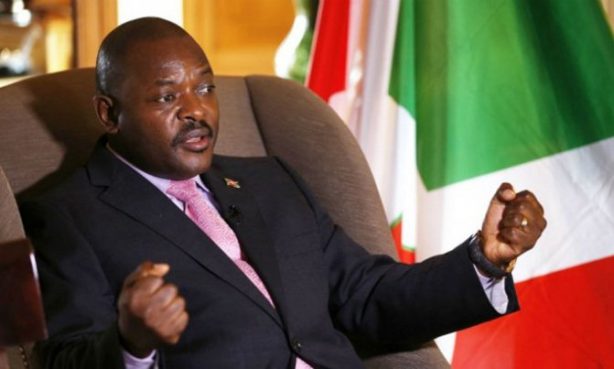 Burundi’s President Pierre Nkurunziza, has died of a heart attack, the government has reported.

According to official statement,  Mr Nkurunziza died after suffering a heart attack.

The late Nkurunziza, was admitted to hospital on Saturday after feeling unwell.

Until his demise he was aged 55.

First Lady Denise was airlifted to Nairobi 10 days ago, reportedly ill with #Covid19, leading some to speculate Nkurunziza too might had been infected.

The outgoing head of state was due to leave office in the next two months after  a controversial 15-year term characterised by allegations of political repression.

His decision  to run for a disputed third term in 2015 pushed Burundi into turmoil.