African countries can save lions from global wildlife trade 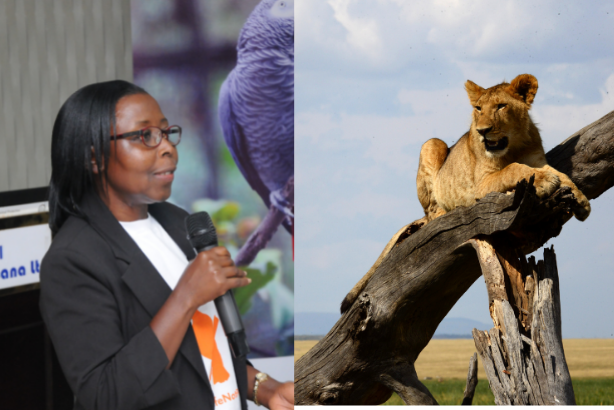 World Animal Protection has raised alarm on the plummeting numbers of wild African lions, part of it is as a result of global wildlife trade.

Africa’s lion population has almost halved in the past 25 years. Habitat loss and fragmentation, wildlife trade, bushmeat poaching and human-lion conflict continue to threaten lions across Africa, – which are now classified by the IUCN as Vulnerable, with the West African subspecies Critically Endangered.

For many years African countries have been the go-to tourist destinations to experience safaris with key target being spotting the African lion in the wild.

These scenarios may not be the case in the near future if nothing is done to end the captive lion breeding industry where lions are bred and raised in captivity for commercial purposes, including canned trophy hunting, cub petting, walking with lion experiences and trade in lion bones for traditional medicine.

Captive lion industry threatens the survival of lions and has a negative impact on tourism, public health and safety.

Edith Kabesiime, wildlife campaigns manager at World Animal Protection said; “It is encouraging to see some African countries like South Africa making commitments to shift away from the practice of breeding and keeping lions in captivity, using captive lions or their derivatives commercially.

World Animal Protection commends South Africa for this important step forward and hopes that this declaration will be fully implemented and other African states who are considering legalising commercial lion breeding can halt the process.”

Lions suffer at every stage of their life in breeding farms. Intensive captive conditions increase the risk of zoonotic disease transmission.

Ending the trade in wild animals is not only good for the animals, but also for the people. As the world struggles to respond to the current global health pandemic, it is more important now than ever to be aware of public health risks from contact with wild animals and to reduce risks wherever possible.

There is need for states to take bold steps through enacting and operationalizing laws that heavily punish those involved in wildlife trade. Wild animals can no longer be reduced to commodities simply to be cruelly exploited by humans, without any regard for their lives or welfare.

Countries need to enact animal welfare and environmental policies that protect individual wild animals and allow them the right to a life in the wild.

Wild animals are sentient beings, and their intrinsic value should be recognized as an essential component in ensuring the survival of species as well as the protection of the environment. This is the real ‘new deal’ for wildlife, people and the planet.