DRC President to launch EAC verification mission to the Country

The verification team comprises three experts from each Partner State 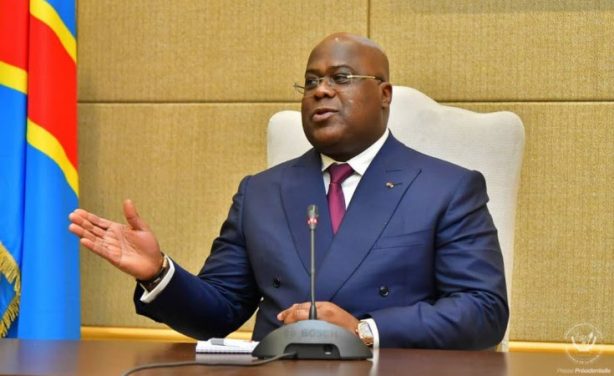 No Content Available
The President of the Democratic Republic of Congo, H.E. Felix Tshishekedi, will on Thursday launch the East African Community’s verification mission to the country in the eastern Congolese town of Goma.
A high level mission comprising EAC Secretary General Hon. Dr. Peter Mathuki and officials from EAC Organs and Partner States Ministries of EAC will witness the launch by the Congolese Head of State.
The larger verification team which was appointed by the EAC Council of Ministers earlier this month will be in DRC for 10 days to assess the vast Central African country’s suitability to be admitted into the Community.
The verification team comprises three experts from each Partner State to be funded by the EAC Secretariat and an additional maximum of two experts to be funded by the nominating Partner State to carry out the Verification Mission from 23rd June to 3rd July, 2021.
The Summit of EAC Heads of State at its 21st Ordinary Meeting held on 27th February, 2021 considered the application by DRC to join the Community and directed the Council to expeditiously undertake a verification mission in accordance with the EAC procedure for admission of new members into the EAC and report to the 22nd Summit.
The Sectoral Council, which was chaired by Kenya’s Cabinet Secretary for EAC and Regional Development further directed the Secretariat to submit the report of the Verification Mission to the Council of Ministers by November 2021.
The high level mission is a historic one for the Community, which has been on a growth trajectory since its establishment in 1999.
DRC’s eastern region has interacted with East Africa through trade and commerce in addition to utilising the Dar es Salaam and Mombasa ports for its export and import business.
“`Intra-EAC trade has increased among the EAC Partner States in the past 10 years. And we have no choice. That is why we are widening to include the DR Congo to become the 7th member of the EAC,” EAC Secretary General Hon. Dr. Mathuki said in a tweet shared on the Community’s official twitter handle @jumuiya.
DRC shares a border with five EAC Partner States namely Tanzania, Burundi, Rwanda, Uganda and South Sudan.
Accompanying the SG on the trip to Goma are the Judge President of the East African Court of Justice, Justice Nestor Kayobera, East African Legislative Assembly MP Hon. Abdullah Makame, and Dr. Kevit Desai, Kenya’s Principal Secretary for EAC. It is expected that more officials from the Partner States will join the team that will travel by road to Goma from Kigali for the launch ceremony.
The verification team will, among other things, review the current status of the DRC in international law and establish the country’s level of conformity with the criteria for admission of foreign countries as provided in the Treaty.
Under the Treaty, the Criteria for the admission of new countries into the Community include: acceptance of the Community as set out in the Treaty; adherence to universally acceptable principles of good governance, democracy, the rule of law, observance of human rights and social justice; potential contribution to the strengthening of integration within the East African region, and; geographical proximity to and inter-dependence between it (the foreign country) and the EAC Partner States.
Other criteria include the establishment and maintenance of a market-driven economy; and; Social and economic policies being compatible with those of the Community.
Tags: DRCEACVerification Mission
Share14Tweet9SendShare2ShareSend
Previous Post