The campaign is growing into the largest, patriotic collaborations of corporates, organizations and Kenyans

by Reporter
in Corporate
3 min read
35 1 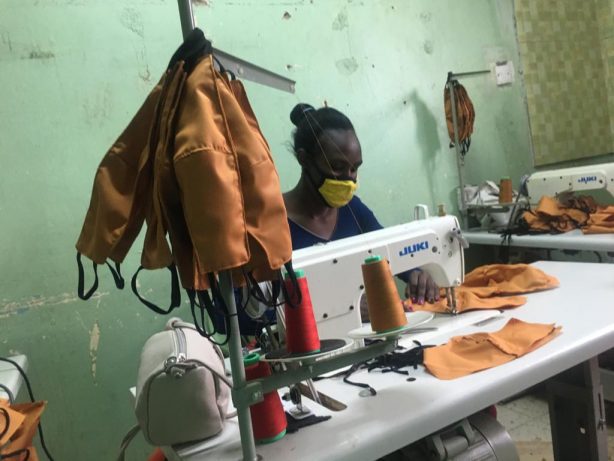 “The initiative launched in April 2021 is fast gaining traction to become one of the largest, patriotic collaborations of corporates, organisations and Kenyans,” said Silafrica, Group Executive Director, Akshay Shah.

Silafrica is re-purposing some of its manufacturing capacity with innovation and partnerships to support this noble cause.

The new partners will significantly boost previously collated efforts of SilAfrica, SATO, the maker of affordable and easy-to-install toilet systems, LIXIL, a manufacturer of building materials and housing equipment, The World Bank and UNICEF.

“The impact of COVID-19 devastated more lives, livelihoods, communities and businesses across Kenya, than ever witnessed before. It has become imperative that all stakeholders must unite to help minimize its impact nationwide and curb its potential for further disruption on Kenyans’ lives and the economy,” stated Valentine Gichau, Group Executive Director of the Genesis Group.

She adds, “Individual actions are just not enough. Only coordinated, unified action by Kenyans, communities, businesses and organisations combined, can greatly scale and hasten the impact of curbing this unprecedented crisis.”

The goal of the initiative is to meet the shortfall of the most essential human needs – water, sanitation and protection – in vulnerable communities in the country in order to fight COVID-19, while also creating a stream of jobs to combat the fast-growing unemployment crisis.

“This is a very significant campaign not only in ensuring that the health workers and general population have enough PPE but also creating jobs for Kenyans. This campaign is also aiding in acquisition of modern technology in the production of PPE,” said Eng. Festus Musyoki Centre Manager, NITA Textile Training Institute.

NITA will train PPE producers on medical set standards which the producers must be aware of including sizes, weight and type of material for use and maintaining high hygiene in the production process.

Some 70 Tailors will initially benefit in mask making and 200 Jua Kali artisans will benefit by making PPE with high impact expected when the initiative covers the whole country.

“So far, 40 tailors have benefited from the pilot project, and the others will come in as the campaign kicks off,” said Kenya National Federation of Jua Kali Associations (KNFJKA), Center Manager, Teresia Njora.

The initiative has already impacted a number of communities across the country with the aim to elevate the whole nation by year’s end. The initiative’s efforts are being tracked online via their website to ensure anyone can follow and be a part of the progress.

Additionally, the website is facilitating for anyone in need of water, PPE or work to request for assistance and anyone who is able to or interested in assisting, to be able to. The idea being that by working together as one Kenya, this will ensure that no one Kenyan is left behind.

Find out more about this campaign on www.kenyanisisi.co.ke