Under land alienation government records ownership and registers users to enable it have enough data for proper planning. 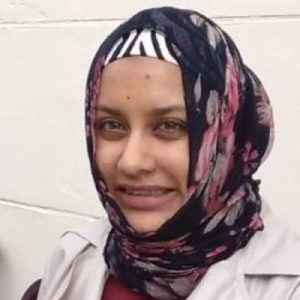 Kenyan government has been urged to consider acquiring land from customary landowners for own use or private development to tame corruption and illicit financial flows.

Lack of data on large tracts of unregistered land belonging to local communities in the country has escalated corruption, wealth related disputes and could potentially aid flow of illegal cash out of the country.

“When you have large tracts of land where you do not know the title owner, then that automatically puts us in the box of not having data available and when it comes to economic planning of the country, it creates some sorts of problem,” said Senior Lawyer and Lecturer, University of Nairobi, Layla Latif.

She spoke during a session on Tapping in the wealth of tax havens: Property and Wealth Taxation in Africa, in the ongoing virtual forum for tax justice advocates in Africa, themed, Tax Justice Advocacy: Increasing Participation of Civil Society Organizations (CSOs) and Journalists through Capacity Building.

In Kenya land ownership has been divided into communal, private and public.

Despite communal land covering the largest total landmass of the country, the real owners are not documented. Public and Private lands data is usually available because owners are given title deeds to signify ownership.

“We need to think about land alienation where those communal lands, private sector and government properties are registered plus their owners,” said Layla.

Kenya enacted the Community Land Act, in 2016 giving the indigenous and rural communities the legal right to manage their land and natural resources.

Before then, Communal lands were controlled by the now defunct County councils. These councils had power  over how land was used however, this model created loopeholes of mismanagement resulting to land grabbing by powerful politicians and elite investors.

“We have squatter problems, absentee landlords who would come back to the country after 20-30 years when the land has been developed say by a private developer leading to a spike in litigation claims,” said Layla.

Under land alienation government records ownership and registers users to enable it have enough data for proper planning.

All proprietary interests should be registered ‘within a properly manageable transparent and secure system,’

Last year, the Ministry of Lands and Housing announced it had embarked on digitizing all lands registry records for ease of transaction across the country.

The country’s capital, Nairobi and other neighbouring counties, the ministry’s, Chief Administrative Secretary (CAS), Gideon Mung’aro said had already been fully digitized and that the government was extending roll out countrywide.

The target is to have all land registries be fully digitized by 2021.

”We  want to limit the interaction of lands officials with clients as much as possible so as to limit cases of corruption,” Mung’aro told the press.

Quickmart ramps up customer base with launch of Kilimani branch