Kenya now has the second highest secrecy score in Africa. 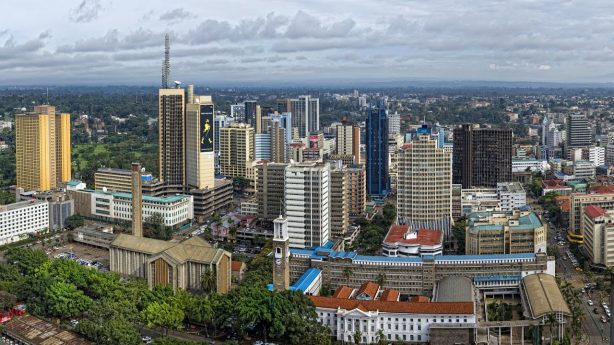 Setting up the Nairobi International Financial Centre could worsen Kenya’s financial secrecy, slow down socio-economic development and widen inequality in the country.

Financial secrecy Index 2020 report by Tax Justice Network shows implementation of the financial hub would further worsen the country’s global ranking on financial secrecy a situation that would compound redistribution of tax payers money especially those allocated to addressing health and social problems.

Despite the progress in transparency and exchange of information, the report describes establishment of the City’s Financial Centre as drastic move in the wrong direction.

“International financial centres thrive on secrecy and incentives, and it has been demonstrated that the proposed Nairobi International Financial Centre could lead to profit shifting and base erosion,” reads part of the report.

The index poked holes on loopholes that bars anyone from divulging any information on the affairs of the authority that will govern the city agency and the country’s poor corruption record.

“A strong secrecy regime combined with a corruption ridden economy is certainly a recipe for disaster with the potential to facilitate illicit financial activity without the need of accessing offshore jurisdictions,” according to the index.

Illicit trade gobbles up Sh 100b of Kenya’s earnings

Section 17 of the Nairobi International Financial Centre Act stipulates that any person connected to the Nairobi International Financial Centre Authority or who has access to any information relating to the affairs of the Authority shall not divulge any of that information unless disclosure is required by law or by a Court of law.

Disclosure in contravention of this section constitutes an offence liable to a fine not exceeding approximately US $2,000 or an imprisonment term not exceeding three years or both.

Kenya kicked off efforts to transform Nairobi into a financial centre over a decade ago with the aim of bench-marking with the likes of Dubai and Mauritius.

In 2019, the government announced plans to recruit board members for Nairobi International Financial Centre Authority and affirmed its commitment to fast- track the operationalisation of the global financial hub.

Former Treasury secretary Henry Rotich said in the 2019/2020 Budget Policy Statement (BPS) that plans were underway to establish rules to guide the formation of financial hub to operationalise the NIFC Act.

The country’s Vision 2030 envisages the Nairobi International Financial Centre as a catalyst for Kenya to gain a stronger presence in Sub-Saharan Africa’s growing financial services market.

While TJN says Kenya’s beneficial ownership transparency and anti-money laundering regime require significant strengthening, it warned that the secrecy element of the Nairobi International Financial Centre is not as intense as that of some well-known offshore jurisdictions.

“Due to a lack of consultancy on the framework thus far, it is unknown which direction the Authority will be taking, but progress should be expected in the coming year,”said TJN.

Kenya now has the second highest secrecy score in Africa.