East Africa’s Oil Industry: A New Story in the Making 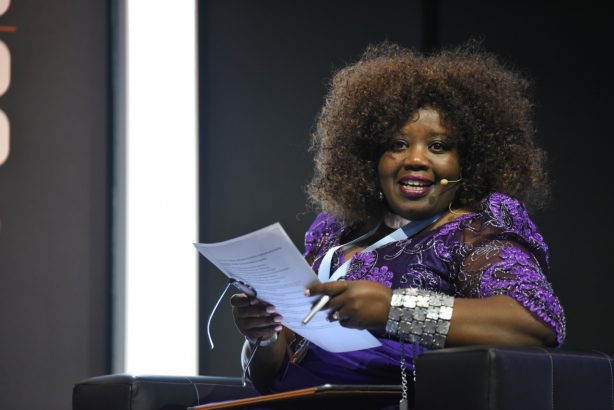 The recent acquisition by Total of Tullow Oil’s entire interests in the Lake Albert Development Project in Uganda, including the East African Crude Oil Pipeline, marks the beginning of a new chapter for East Africa’s energy industry. To dissect the deal and discuss its wider implications for the region, the African Energy Chamber (www.EnergyChamber.org) organised a webinar with leading regional industry experts, held under the Chatham House Rule.

Under the agreement announced last week, the overall consideration paid by Total to Tullow will be $575m, with an initial cash payment of $500m at closing and $75m when the partners take the Final Investment Decision (FID) to launch the project. Under the terms of the deal, Total will acquire all of Tullow’s existing 33.3334% stake in each of the Lake Albert project licenses EA1, EA1A, EA2 and EA3A and the proposed East African Crude Oil Pipeline (EACOP) System. The Lake Albert project, also called the Tilenga Project, has a production capacity of up to 230,000 bopd, which would propel Uganda in the top 5 of sub-Saharan Africa’s oil producers. In addition, the proposed 60,000 bopd refinery and some of the overarching issues were mentioned.

The deal is a win-win for all stakeholders involved. First, for Total, who ends up acquiring Tullow Oil’s entire interests in the Lake Albert development project for less than $2/barrel. Then, for Tullow Oil, whose debt is rising and who is looking at raising $1bn by selling some of its key assets. The company’s shares rose on the announcement of the deal. Finally, it is a win for Uganda’s oil industry and local jobs. After years of deliberations and debate, the closing of the sale allows the country and oil companies to move the conversation towards FID and practical project’s development. It also sends strong signals to the rest of the region, and Kenya in particular, to do everything possible to unlock their own oil & gas potential.

While visibility on the FID’s timeline remains unclear, the project is very competitive even in a depressed low oil prices environment. The cost per barrel of the Lake Albert Development Project is indeed estimated somewhere between $20 and $25/barrel. This is explained in part because the country’s hydrocarbons are within shallow deposits which are less drilling intensive and do not need as much casing, tubing and completion work. While Total is following a global trend of drastically cutting expenses in light of the COVID-19 pandemic and the collapse of oil demand and oil prices, the project’s economics make it one of the most likely to get FID in the near future.

A key unanswered question for now is whether CNOOC will exercise its pre-emption rights under the joint operating agreements it has with Tullow Oil and Total as a joint venture partner, like it did in the failed 2019 sale. A scenario under which the Chinese major does exercise once again its pre-emption rights is very likely, and will in fine depend on China’s overall strategy for the wider East Africa region.

The moving forward of the Lake Albert Development Project, and its export pipeline, is a major step forward de-risking other potential oil & gas projects in East Africa and making them attractive for investments and financing. Given the current industry dynamics, participants agreed that a scenario under which two regional pipelines would be laid was no longer a possibility, and that the East African Crude Oil Pipeline (EACOP) would be the one that was the most likely to be executed.

The EACOP was, however, a matter which participants thought could become contentious for the execution of the overall Lake Albert project, and the development of the region’s oil sector. Key questions remain to be answered, chief amongst them being Tanzania’s business environment and the country’s ability to provide policy certainty on the execution of such a major infrastructure venture. Whether Tanzania decides to stick to an enabling business environment and demonstrate its willingness to comprise with international investors after years of natural resources nationalism remains another unanswered question.

The way the execution of the pipeline evolves will determine a lot of East Africa’s oil industry future. While the original northern route through Kenya was deemed less favourable, a scenario under which Total would consider buying out Tullow Oil’s assets in Kenya, where several significant oil discoveries were made, could potentially re-roll the dice in the region.

Finally, and more importantly, the expected first oil from Uganda in the coming years should urgently lead to local content preparations not on a national, but a regional level.

Between the two upstream projects of Tilenga (Total) and Kingfisher (CNOOC), the pipeline project and the Uganda oil refinery project, the scale of upcoming projects in Uganda and the neighbouring countries represents billions of dollars of opportunities for local companies. However, given the under-developed nature of the local hydrocarbons services industry in East Africa, only regional partnerships and joint-ventures can result in maximising such opportunities. As the conversation in Uganda moves towards employability within local communities and ensuring that Uganda’s oil benefits the development of a strong local sector, the region as a whole needs to come together to support regional ventures. Unless companies across East Africa come together and leverage on their respective expertise and experience to work together, there is a fear that upcoming oil and gas projects will ultimately go to foreign contractors and deprive local businesses from tremendous growth opportunities. In this regard, the development of an African regional content is one of the top 10 measures that form Africa’s Common-sense Energy Agenda, released by the African Energy Chamber earlier this week.

In this context, the need to invest in education, training and skills transfer is greater than ever. The success of the region’s oil sector will depend on all stakeholders coming together to bring the East African energy story to investors and tell it for what it is: a story of opportunity and transformational change for Africans

Locked down! How to celebrate your mom on TikTok