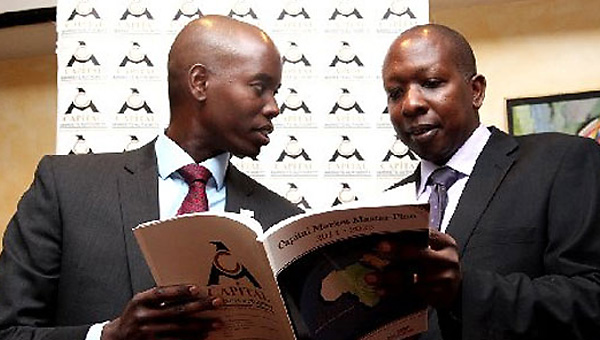 Minority shareholders to have big say in takeover bids

Minority shareholders have been given more powers to decide fate of small firms opting out of Nairobi securities exchange (NSE) in new regulations to safeguard investors’ interest.

The Capital markets Authority (CMA) has also said it will make the takeover process easy to reduce long and protracted suspension periods that have previously hurt shareholders values in a number of listed firms.

Plans are to significantly reduce bureaucracies and usually long court cases involved in sale and transfer of shares to other companies under the CMA regulation 32 on takeover and mergers.

A new regulation currently at the regulator’s board proposes that at least 90 percent of non-anchor shareholders will be enough to decide whether a company is legible to delist, suspended or continue trading its shares from the bourse.

Majority shareholders with a cumulative of 60 percent stake in small firms are currently key decision makers in most take-over bids.

CMA Acting Director of Strategy, Luke Ombara, at a stakeholder validation workshop on regulatory impact Assessment in the market, said the new rules of play are expected to be effected early 2015 to protect wealth of small shareholders.

“Currently there is no special regulatory policy on delisting and suspension even as small firms are under pressure to cut sale of their shares at the bourse,” said Ombara.

Under the arrangement, an independent valuer will be picked to conduct due diligence and set a fair price of shares before a company removes its listed securities from the securities exchange .

Anchor shareholders have recently been blamed for creating a false market in the securities as small shareholders left to suffer lack of full disclosure on the proposed takeover offer and its implications.

Classical examples are like in the case of CMC Motors that had been suspended twice for over two years for failure by top management to allow shareholders get access to and interrogate status of company’s share information.

Access Kenya’s takeover offer from Dimension data was also suspended after it emerged that there was significant change in holding of the listed securities, feared could put such securities to erratic trading environment.

Similarly complaints of lack in full internal disclosure were also reported for the internet service provider.

The regulator’s impact assessment revealed that smaller and medium companies still face challenges in complying with new market regulations especially at the point of entry.