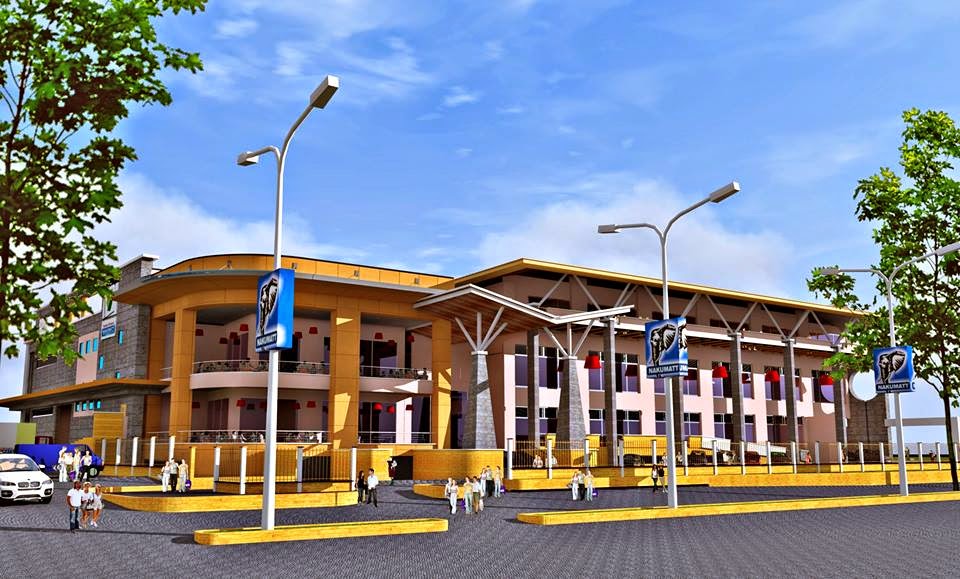 Kericho Town is to get its first shopping mall, as Green Square Mall today starts the construction of a two-floor mall with a supermarket and more than 20 stores and restaurants.

The Sh 500million  mall will be built along the Nairobi-Kisumu highway into the town.

Kericho’s population of more than one million people is currently served only by small hotels and single retail outlets, yet boasts a wide base of affluent consumers, said Chris Ng’eno, director of developer Green Square Mall.

“We were keen on having a building that would change the face of Kericho while catering to the emerging middle class,” said  Ng’eno.

The mall will be one of the most modern buildings in Kericho, looking out over an area of spectacular views and offering facilities that include a children’s play area, and parking for more than 135 cars.
Designed by Kenyan architects Team 2 Architects, the building is being created with a striking arched gateway and soaring roofs.
The growth of the provincial middle class in Kericho, with disposable income that is above the national average, has created local spending power and an appetite for modern offerings.

“Green Square Mall has been developed to be a one-stop-shop that will suit all the family needs, for both customers and travellers along the road to dine, shop, bank and relax, all under one roof ,” said Ng’eno.

The town, which has some history as a transit town, has in recent years attracted a series of private companies and NGOs, such as the Walter Reed Project.

“Yet many Kericho residents still have to travel to Nairobi to get household items, and enjoy a coffee cafe lifestyle and eateries. They will now have the services within their reach,” said Charles Birech, C.E.C -Trade, Industrialization, Co-operative Management, Tourism and Wildlife.

With some 57 per cent of the Kericho’s population below the age of 20, clubs and small restaurants were the only previous source of entertainment. The mall will offer a new meeting point with a more modern and technological face.
All the major universities have opened campuses in the town while key banks and Saccos and private run tea factories are now present in the area.
The project managers are Limojade Management Ltd who were behind Sahara Ridge Estate in Ruiru and are currently managing 717 Brookside Apartments in Westlands, Riversedge in Redhill among other projects.
Nakumatt Supermarket will be the anchor tenants of the shopping mall while Dunhill Consulting who are involved with the Thika Road Mall (TRM) will be the letting agents.
The landmark development is also expected to spur the real estate industry in the area, which is currently at an infant stage.

“There is a demand for both modern commercial buildings and quality housing by both residents and companies setting up in the county; the Kericho County has put in place measures to make the area a conducive environment for investors,” said  Birech.