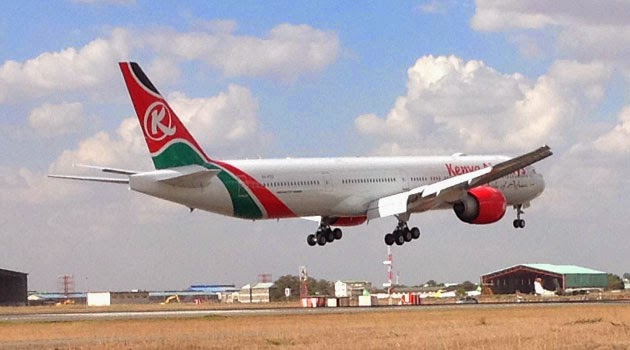 A Bill that seeks to bring “through the back door” the previously proposed and rejected merger between troubled Kenya Airways and the Kenya Airports Authority, is before Parliament.

In an open letter to Parliament, Fredrick Opot who is also the Vice-Chairman of the Kenya Association of Air Operators said that the government was being disingenuous by bringing through the back door proposals that industry players had resoundingly rejected and termed as anti-competition in 2019.

”The forerunner to this proposed Bill was the unexpected announcement in 2019 by Kenya Airways Board proposing to merge its struggling operations with those of the Jomo Kenyatta International Airport as a panacea to its financial loses” said Opot adding that “What is more troubling is that we as industry players have not been given an opportunity to make our views known and have a meaningful debate with the proposers of the Bill.”

He said that merging of operations of Kenya Airports Authority with one Operator – Kenya Airways – raises serious concerns in the management and operations of airports in the country; as well as serious conflict of interest issues as regards KAA which is supposed to be independent to provide equal services and opportunity to other operators using the national facilities.

Other proposals in the Bill include the establishment of a National Aviation Council which will be made up of top civil servants, the Kenya Airforce Commander and chaired by the President.

“The establishment of a major entity such as a National Aviation Council would by itself require a separate Bill which will state clearly the functions of the Council in relation to the existing body governing the management of the Kenyan airspace – the Kenya Civil Aviation Authority”, said Opot.

“I foresee a major conflict arising during the regular International Civil Aviation Organisation (ICAO) country audits which seeks to ensure that the management of the Kenyan airspace is not in conflict with the international system”, he added.

He further says that the country should discard the post-independence notion of a “National Carrier” which is an outdated concept worldwide. Airlines should be adequately capitalised and managed efficiently. The country should focus on making Nairobi and Jomo Kenyatta International Airport as a preferred regional hub for passenger and freight operations.

“This notion that a national carrier will build a hub is hubris”, he quipped adding that “A hub is built by providing modern, efficient and affordable facilities that lure local and international operators to use it. The fact Kenya Airways is ailing does not mean that our national aviation industry is broken, so why try to fix it with a rushed hotchpotch of a legislation?”

Opot said that the aviation industry in Kenya is comprised of many operators who are competitors within a global setup.

The Kenya Association of Air Operators representing many operators including Kenya Airways has over the years made petitions to the Government to review the tax regime so as to provide the needed relief to the industry players in order to give them an edge in their fierce regional and international competition.

“In the past when tax breaks were granted by government, the industry managed to get access to newer, modern aircraft, a fact that has played a major role in enhancing the safety standards in Kenya and the competitiveness of local players. Let these petitions sent to the Government be considered to support the industry, not just Kenya Airways,”he said.