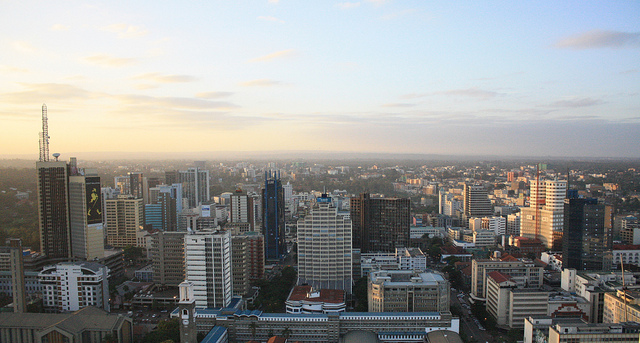 Nairobi risks becoming a tax haven and a conduit for illicit financial flows if the recently-tabled Nairobi International Financial Centre (NIFC) Bill 2016 is enacted into law. A cross-section of the Kenyan Civil Society has warned that the establishment of the financial centre in Kenya could give way to money-laundering and financing for terrorism owing to the high levels of financial secrecy enshrined in strict laws that forbid any form of disclosure or investigation.
In a review of the Bill titled Nairobi International Financial Centre or Nairobi Tax Haven? Tax Justice Network- Africa (TJN-A) and the East Africa Tax and Governance Network (EATGN) argue that the risk of the NIFC in undermining domestic resource mobilisation capabilities especially with regards to the incentive structure envisioned is a legitimate concern for Kenya especially in upholding the Addis Ababa Agenda commitment of financing development through domestic resource mobilisation.
Global gain versus Domestic losses
The Bill which is sponsored by the government, is moored in Vision 2030, Kenya’s development blueprint through which the country seeks to achieve middle income status. It advances that the international financial centre will provide funding for key development projects, employment opportunities particularly for the burgeoning young population and encouraging domestic and foreign investment as well as improving competition in the domestic financial services. Adopting the Mauritian approach1, Kenya would aggressively campaign for investments through the Centre.
Budget deficits, increasing debt levels and the recent global economic slump means governments especially in developing countries need to diversify their resource base to fund development projects. The NIFC would therefore form a large part of the Kenyan government’s efforts to increase the amount of foreign direct investment (FDI) into Kenya in a bid to address its funding crisis. However, this will mean tax incentives offered to multinational corporations, thereby depleting rather than building up the country’s financial reserves.
While the government might argue the NIFC will bring in FDI, it is well known that successful IFCs across the word rely heavily on being provided with tax incentives which in the context of developing countries tend to be counterproductive. Further these tax incentives often deny developing countries, like Kenya, much needed tax revenues
Regional Ramifications
It is important to note that for any international financial centre to succeed a considerable number of tax incentives of must be issued. A 2016 report by TJN-A puts Kenya’s losses through tax incentives at USD 1.1 billion annually.
Cumulatively in the East Africa region that figure stands at approximately USD. 2 billion, with Kenya and Tanzania contributing the lion’s share. In its conception, the Bill provides for the establishment of ‘a legal framework that would establish Nairobi as the financial hub for the East and Central African region’. This is in recognition of the strategic position of the country as the gateway to the rest of the region but above all, it is the region’s economic powerhouse.
“We are concerned about the potential of the NIFC entrenching a culture of providing tax incentives; a vast array of tax breaks and holidays that undermine tax revenue collection efforts by very government supporting the creation of the NIFC while encouraging a ‘race to the bottom’ approach across the region to attract investment. We therefore urge caution and further consultation and analysis to ensure the proposed NIFC does not turn Kenya into a tax haven,” said Jason Rosario Braganza, TJN-A’s Deputy Executive Director.
The establishment of offshore and onshore financial centres has long-been an overt goal for many countries across the continent as exemplified by Mauritius, Liberia and Ghana (now defunct). According to a report by the Emerging Markets Private Equity Association (EMPEA), a majority of Africa’s private equity industry actors prefer to channel their investments via offshore jurisdictions.
With countries like Botswana, Tunisia and Nigeria touted as the next possible on-shore financial centres owing to their strategic geo-political importance, regional financial dynamics are set to undergo a drastic change. “If this Bill is enacted into law, recent gains made in combatting the race to the bottom may be reversed not to mention regional tax harmonisation,” asserted Braganza.
Together with the Vienna Institute for International Dialogue and Cooperation as well as Oxfam in Kenya, the two organisations have gone ahead to point out that Kenya must learn from previous attempts at establishing international financial centres on the continent. Kenya needs to learn from other countries that have attempted the same activity. Ghana’s weak has set up weak internal regulations for their international financial centre. These wreaked havoc on the economy and led to the subsequent closure of the Centre. The country is still reeling from the ramifications to date.
Therefore the intention of establishing the NIFC in its present form should be abandoned completely.
Share9Tweet6SendShare2ShareSend
Previous Post