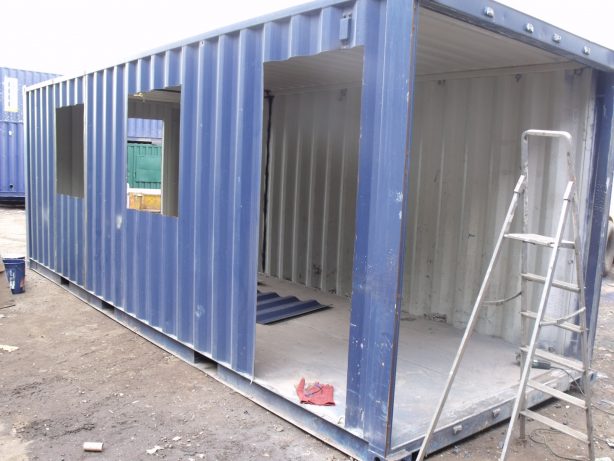 Bamburi Cement Ltd, the largest cement manufacturer in Kenya, has begun converting shipping containers to  retail  shops in an initiative that will see youth groups  engage in cement based brick production and sale of cement.

In this initiative, youth groups will be issued with a shop – which is a converted shipping container to serve the purpose of a Bamburi Cement exclusive retail outlet as well as to house a stabilized block making machine.

The pilot kicked off in Kisii County, underscoring Bamburi’s commitment to spurring development and job creation in rural areas.

“We are rolling this out in Kisii as part of our efforts to drive development and sustainable growth across the country,” stated Irene Onacha Marketing and Business Development Manager of the Company.

As part of the initiative, Bamburi is planning to place 12 containers by end of 2016, targeting youth groups in Kisii, Nyamira, Migori, Kisumu, Siaya, Kakamega, Kitale and Eldoret.

It has also announced plans to introduce the concept to other parts of the country starting from early next year.

90 per cent of all young unemployed people in Kenya lack vocational skills, according to the Ministry of Public Service, Youth and Gender.

“Our initiative will impart competitive vocational skills to youth, making them more marketable in the long run and giving them a sustainable future,” added Ms Onacha.

Additionally, Bamburi’s cement based bricks dubbed Durabric are expected to offer affordable, ecofriendly building solution to rural communities in Kenya. The bricks are more climate friendly than traditional bricks because they do does not require firing, which encourages deforestation.

Once developed the youth groups will have retail accounts with Bamburi Cement from which they can purchase cement through. The company will deliver the cement to them in the respective areas that they will be operating, cutting the need for customers to source supplies from distant retail outlets.

The cement will not only be for their use in brick making but also for sale to the projects that they will supply the bricks and any other consumers over the counter.