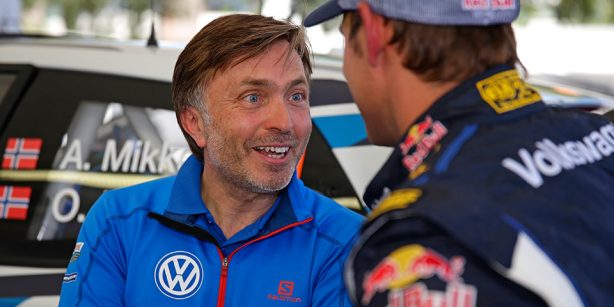 VolksWagen Sporting Director Jost Capito is set to make his last appearance in the exciting World Rally Championships today before he shifts gear to Formula one.

He is expected to debut McLaren after this historic race that would be aired live by StarTimes through its Sports premium channel.

A statement issued by the German company said the 57-year-old would leave by mutual agreement during the 2016 season.

McLaren has since announced that Capito will join its F1 team as Chief Executive Officer.

He leaves the company after guiding the team to a hat-trick of drivers’ and manufacturers’ titles in the FIA World Rally Championship.

VW have supported the event for the longest time and this race would mark five decades of participating in rally sport.

What has been an exciting journey is that it made every race unique by its strategic selection of old rally car models, mostly golfs.

It is viewed as the most difficult of the end-of-season asphalt encounters.

Baumholder is slippery in the dry and treacherous in the wet.

Get the Bundesliga experience with StarTimes Satellite Decorder

Get the Bundesliga experience with StarTimes Satellite Decorder