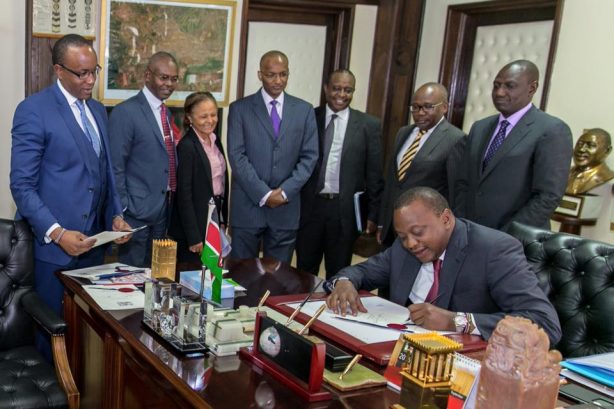 Category: News Comments Off on Kenya’s president caps interest rates on loans at 14pc A+ / A-

President Uhuru Kenyatta has assented into law to the Banking Amendment Act 2015 capping interest rates for Banks at Sh 14.5 percent.
It means banks will not charge more than 4 percent above Central bank rate of Sh 10.5.
The bill had been sent to the president by law makers for approval.

This is the third time that the National Assembly is attempting to reduce interest rates to affordable levels.

The president said in a statement that in the previous two instances, dialogue and promises of change prevailed and banks avoided the introduction of these caps.

“In those instances, banks failed to live up to their promises and interest rates have continued to increase along with the spreads between the deposit and lending rates,” said Kenyatta. 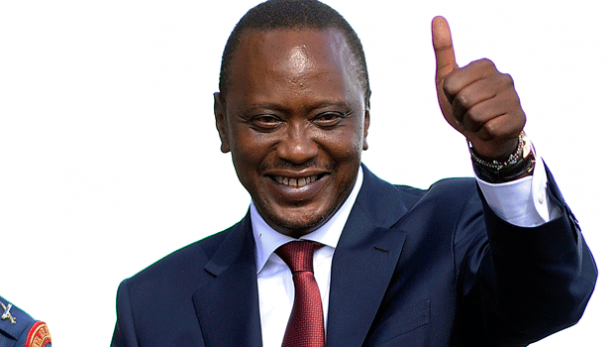 “We will implement the new law, noting the difficulties that it would present, which include credit becoming unavailable to some consumers and the possible emergence of unregulated informal and exploitative lending mechanisms,” said the president.

Banks have reacted sharply to the decision saying they do not feel that an arbitrary rate cap is in the best interests of the majority of people and businesses that this law seeks to support.

“The reality is that there is little evidence from other countries that such interventions have helped the majority of citizens, and in a number of countries such laws have been reversed to promote financial inclusion,” said Kenya Bankers Association in a statement.

The lobby of 43 banks said the banking industry remain committed to addressing the fundamental issues that drive up the cost of credit.

“The banks will comply with the law as they continue to provide financial services to their customers,” said KBA CEO Habil Olaka.

Government has also committed to accelerate other reform measures necessary to reduce the cost of credit and thereby create the opportunities that will move our economy to greater prosperity.