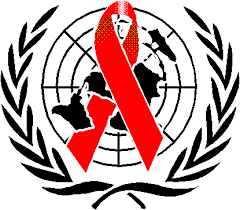 Category: Corporate Comments Off on UNAIDS, StarTimes plan to produce anti-AIDS tv content A+ / A-

United nations and pay tv firm, StaTimes are set to start a joint production and broadcast of documentaries and feature stories on HIV/AIDS in war against the virus.

The strategy developed under United Nations Programme on HIV and AIDS (UNAIDS) targets Kenya and other African households.

It advocates for accelerated, comprehensive and coordinated global action on the HIV/AIDS epidemic.

The aim of UNAIDS is to support an expanded response to HIV/AIDS, one that engages the efforts of many sectors players and partners from government and civil society.

Deliberations yielded during the China-Africa Business Council held in Beijing and graced by the UNAIDS Executive Director and Under Secretary-General of the United Nations, Michel Sidibé.

He said the strategic partnership with StarTimes media-an established broadcast platform across Africa will be key in driving access to information on the HIV/AIDS pandemic.

“UNAIDS and StarTimes will work together to deliver anti-HIV/AIDS television content to be broadcasted across Africa. Currently, we are working with the Organization of African First Ladies against HIV/AIDS where we are doing excellent work on content, there is still room for the development of more broadcast information that will reach the majority of African households,” noted Sidibé.

StarTimes on its part committed to play a significant role towards joining the anti-HIV/AIDS campaign in an effort to achieve the goal of eliminating the HIV pandemic by 2030.

“At a high level meeting in New York on June 8th, global leaders committed through a Political Declaration to double the efforts to eradicate AIDS by 2030. StarTimes is ready to join the anti-HIV/AIDS campaign key in achieving the goal to eliminate HIV and AIDS by 2030,” noted Guo Ziqi, StarTimes Group Vice President.

UNAIDS calls for promoting partnerships among various stakeholders, including complementing respective African government’s efforts as well as active participation of civil society, the business community and the private sector.

This call for increased number of new actors, as well as innovative ways of working, aims at facilitating more and more non-state entities to respond effectively to the pandemic at all levels.

StarTimes inclusion in the campaign will move beyond the organizations already involved and seeks to optimally engage a range of other actors based in Africa by providing strategic information and technical support on its digital television Platform to guide efforts against AIDS across Africa.