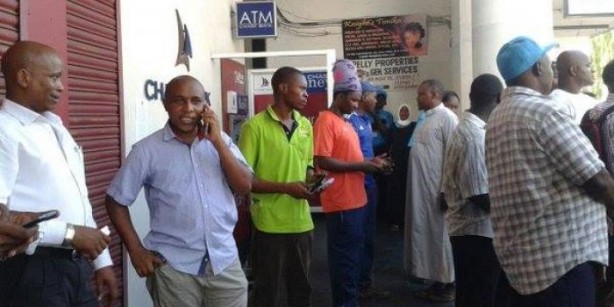 Category: News Comments Off on Panic Withdrawals, as Chase Bank put in receivership A+ / A-

Chase bank depositors on Thursday rushed to their ATM’s to make panic withdrawals of their cash after the central bank regulator, CBK announced the bank was put in receivership for 12 months.

Most depositors could not access their cash because all ATM’s and over the counter tills were non-functional.

“I withdrew some Sh 20,000 yesterday evening after rumours went round the bank could be closed, with a shock today morning i could not access the balance,” said a depositor with the bank John Wanyonyi.

“It is a high time we have a merge of the banks, opening banks like churches is not healthy for the industry,” said Jane Nyokabi. 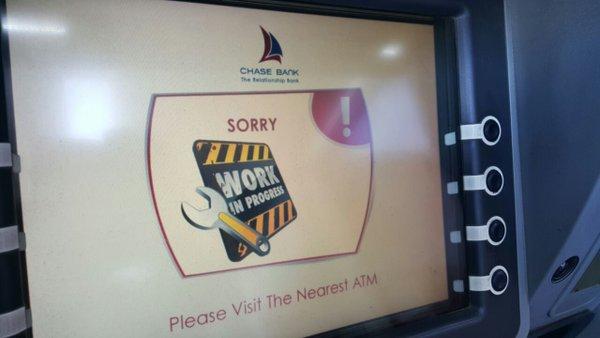 “I have totally lost hope in local banks, i better keep my cash under the mattress,” said Cleopa Richards.

Most depositors made frantic calls to the lender and their relatives but were left stranded and helpless.

“Chase Bank Limited experienced liquidity difficulties following inaccurate social media reports and the stepping aside of two its directors. Consequently it was not able to meet its financial obligations on April 6, 2016.”

CBK says Chase Bank affiliate institutions (Rafiki Microfinance , Genghis Capital) are not affected, but clients were told there was no cash.

it’s the third Kenyan bank to be put into receivership in the past year.