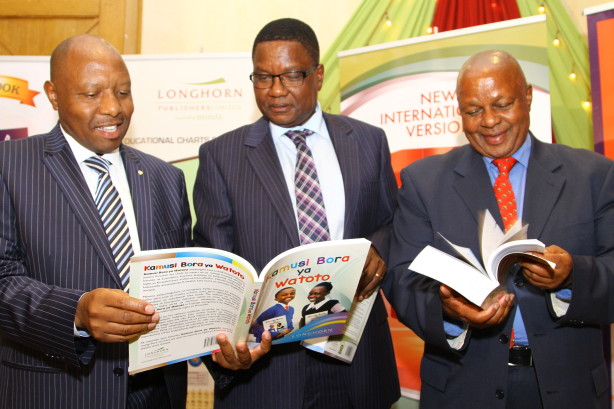 Category: News, Policy and Politics Comments Off on Longhorn’s Sh 530M rights issue approved A+ / A-

The publisher will issue 126 Million newly created shares at Sh 4.2o, at a ratio of 0.86 shares for every share held.

The approval paves way for the cash call to enable the company enhance its drive to diversify into the regional African markets, create a new range of products as well as enhance its digital offering.

Firm’s Group Chairman Hon. F.T Nyammo, noted that the company was working to position itself for growth right across the continent.

“The company continues to grow its footprint in various African markets through our subsidiary offices. We are looking into making inroads in Central, West and the South African markets,” he said.

In order to finance this ambitious product and regional diversification, Longhorn proposed the creation of over 600 Million new shares; a move that was approved by shareholders at the company’s annual general meeting on the 21st of December 2015.

It is 126 Million of these new shares that the company will offer in the cash call, with the balance reserved for future expansion.

According to Longhorn Publishers Group Managing Director Simon Ngigi, up to 10percent of the funds raised will be used to build on Longhorn’s digital offering with a distinct move towards growing the number of titles on offer while developing proprietary e-learning platforms.

“We are working to enhance our product portfolio, especially bearing in mind the roll out of the government’s digital agenda for schools. We already have digital content that has been approved for use in schools, and we want to build this even further using some of the funds raised.” He said.

The Publisher has appointed Equity Investment Bank as the lead Transaction Advisor, while Mboya, Wangong’u & Waiyaki and Deloitte are the appointed Legal Advisor and Reporting Accountant respectively.

The BSD Group are the Marketing and Public Relations Advisor, while Sidian Bank (Formerly K-rep Bank) is the receiving bank.