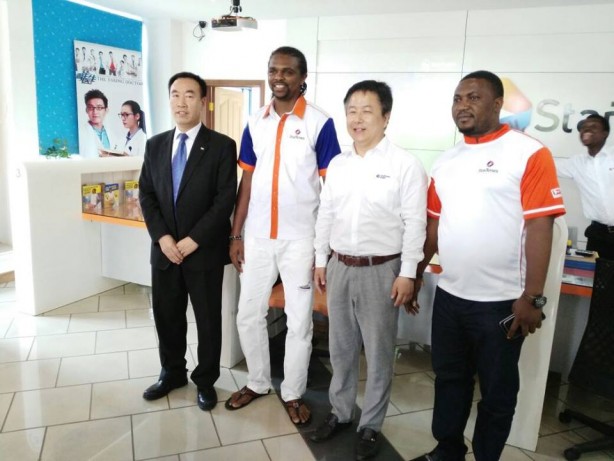 Category: Corporate, Smart Giver Comments Off on Kanu’s visit to Kenya, a goodwill gesture A+ / A-

Former Nigeria, arsenal and Portsmouth striker Nwanko Kanu has been on an exiting tour in Kenya with a key message to young football stars- ‘stay grounded and focused to achieve your dreams,’ as he gives hope to patients with heart problems.

Kanu, who is the the StarTimes Global Goodwill Ambassador, made several visits to the company’s headquarters in Nairobi, visited Kenyatta National hospital, made press interviews and visited training grounds for budding footballers.

On his arrival on Saturday,2, 2016 he headed straight to the Moi International Sports Centre for a seven-a-side media tournament.

A total of 16 teams made of sports journalists from local media houses fought for honours in the Sh100,000 rich cash prize.

Radio Africa which prides itself of having the country’s best sports radio station emerged the best in the tourney. 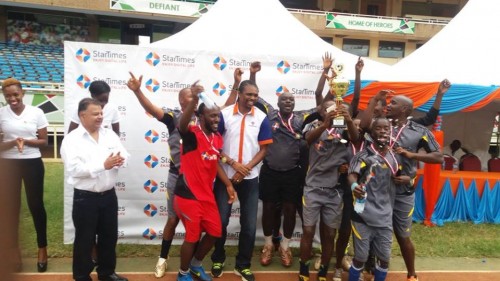 On Sunday he went through a number of a series of tv and radio interviews to discuss widely his mission in Kenya.

Soccer legend Kanu visited Estleigh high school where he played soccer with the teenagers as well as donate soccer kits and balls to 3 soccer academies. 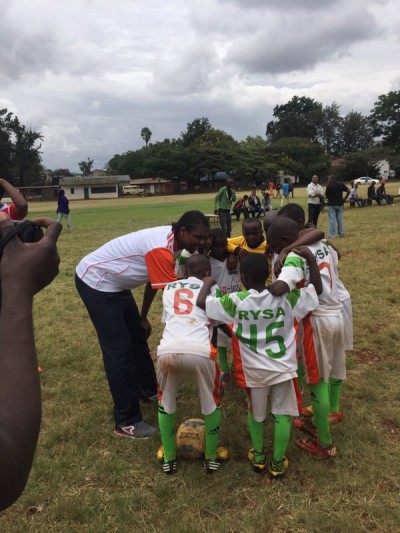 On Monday, the Football legend visitd Kenyatta National hospital Cardiovascular ward to promote his Kanu Heart Foundation initiative which he founded in the year 2000.

The foundation aims to help save underprivileged African children by offering cardiovascular procedures.

At Kenyatta National Hospital where he donated StarTimes TV screens as well as wish the patients quick recovery. This is a CSR activity in line with his heart foundation, himself having survived a heart condition. 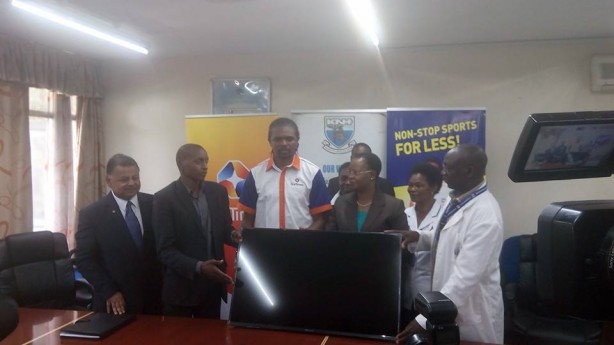 Kanu taking rounds at different wards and wishing the sick well as well as telling his own story of how he got healed of the same ailment. 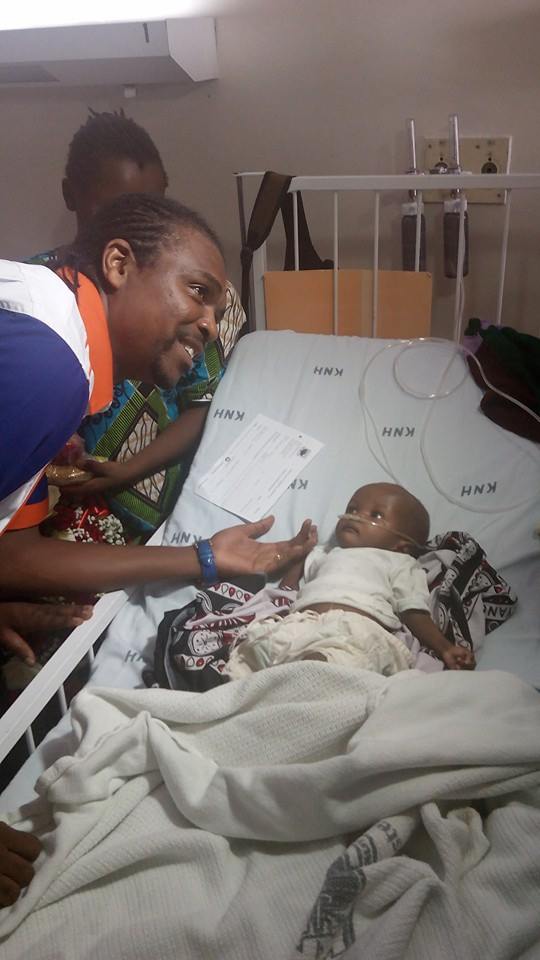 “I just want to assure them that heart ailment is not a life sentence and that they can continue with what they initially used to do once surgery has been completed,” said Kanu.

He also took time to visit the StarTimes team at their head office for some light moments. 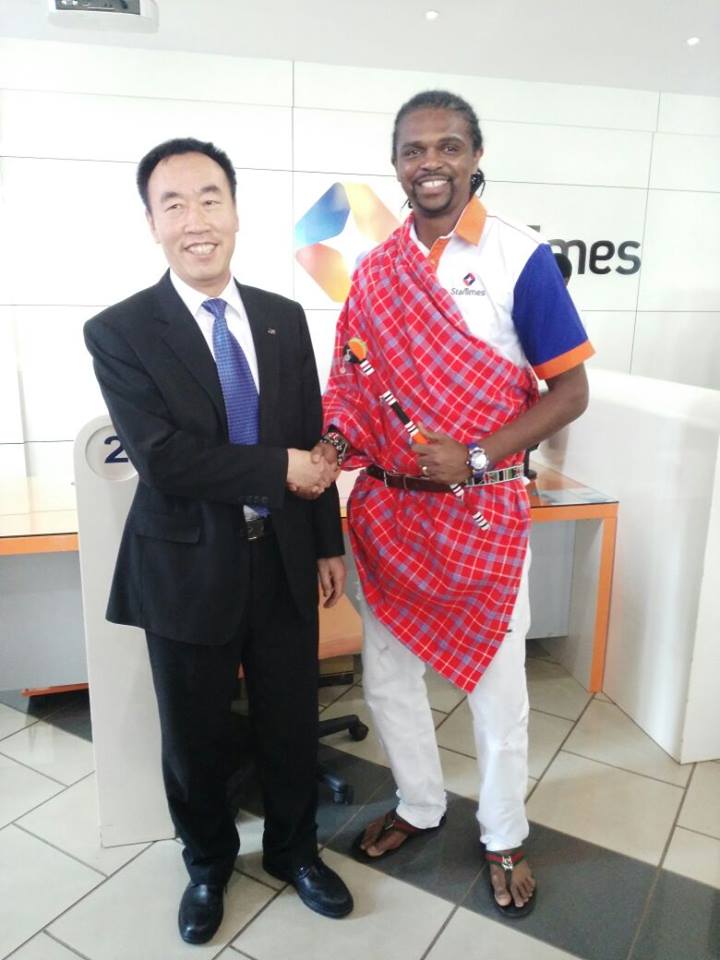 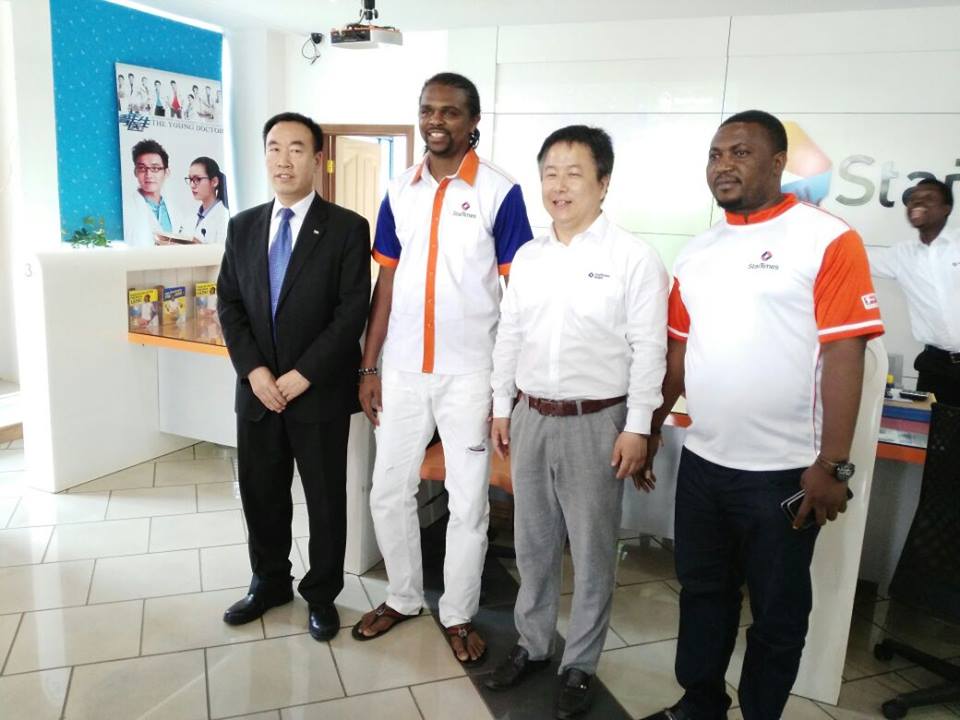 He also made several interviews on a number of radio stations and mainstream tv stations like K24, NTv, KTN and Citizen Tv 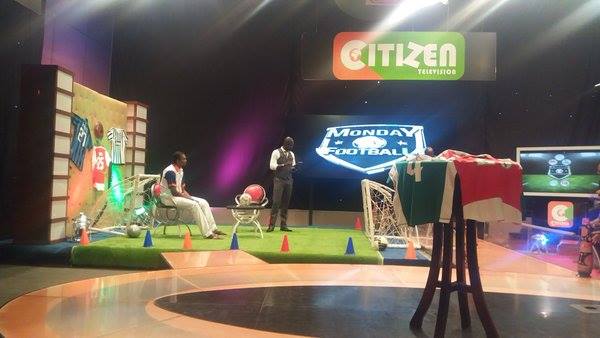 Kanu who won the champions league with ajax fc also urged football federations in Africa to help in developing young talents as they are the key to footballing success.