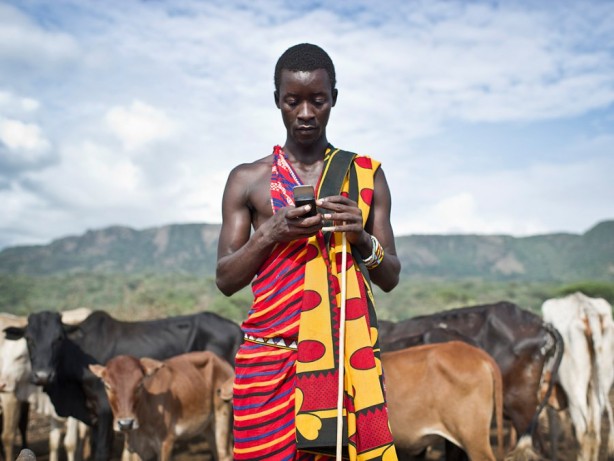 Category: News Comments Off on Over 2 million kenyans cant make or receive calls, report A+ / A-

Kenya is set to release its comprehensive report on level of access to communications services tomorrow even as preliminary findings shows more than 2 million Kenyans cannot make a phone call or send text messages due to poor network reception.

This is despite a huge influx of cheaper mobile phones, a new study commissioned by Communications Authority of Kenya (CA) revealed three months ago.

The number of people unable to get access to the basic mobile phone services has however declined significantly by 42 percent to 2.7 million from 4.48 million in 2011, the country’s first free daily newspaper, People Daily had earlier reported.

Some 700,000 people in 166 sub-locations, according to preliminary results of the 2016 ICT access gaps study, are totally locked out of network coverage by mobile operators who claim such areas are not commercially viable to set up their base stations.

The report by Intelecon Research and consultancy limited, found 1.35 million people in 418 sub-locations are only able to get the network signals by climbing trees and hills making it difficult for them to communicate effectively.

Infrastructure investments by Safaricom, Airtel and Orange Telkom have 94.4 percent of the country’s total population in 5,656 sub-locations fully covered.

Commercial investments by all the operators in 2G network that has largely been used in feature phones covers 45 percent of the country while 3G used in low and medium smartphones is considered below 60 percent coverage even in populous urban areas.

The Communications Authority of Kenya (CA) in September 2015 contracted Intelecon Research and Consultancy Ltd to undertake an ICT Access Gaps Study in Kenya as part of the implementation of Universal Service Fund (USF) programmes.

The study set for launch on Tuesday is complete and the Authority is scheduled to launch the findings to stakeholders.