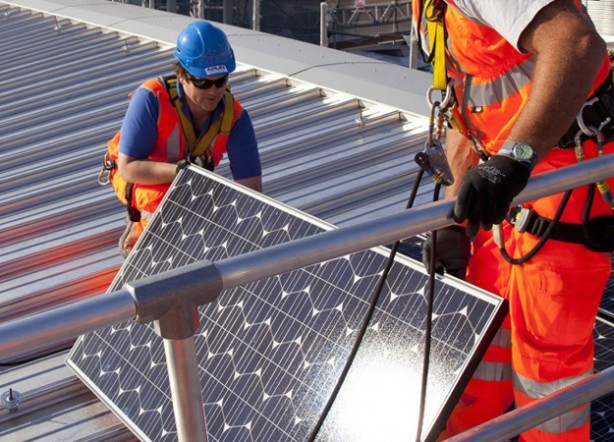 Category: Energy, News Comments Off on Solarcentury in Sh 250M project to power Kenya insect research A+ / A-

Solarcentury will undertake the installation of three solar PV plants, with a total capacity of 1154kWp, at the Nairobi-based International Centre of Insect Physiology and Ecology (icipe).

Solarcentury will design the systems and will be the EPC contractor (engineer, procure, construct), also with responsibility for O&M for the next 5 years. The project will be delivered by Solarcentury’s East Africa office, comprising a team of eight based in Nairobi, with support from the head office team in the UK.

Dr Segenet Kelemu, icipe Director General said, “Through this project, icipe’s goal is to create a sustainable energy supply and to reduce diesel fuel dependency by constructing solar photovoltaic (PV) power plants at its Duduville Campus headquarters in Kasarani, Nairobi, and at the icipe Thomas Odhiambo Campus on the shores of Lake Victoria.”

Funded by the Swiss Agency for Development and Cooperation (SDC), the scheme is part of the icipe Greening Project, which, in addition to renewable energy, also includes energy saving initiatives and water conservation measures, with the overall aim of reducing the Centre’s carbon footprint and making its operations more environmentally friendly.

Guy Lawrence, Director at Solarcentury in East Africa said, “In the last two years in Kenya, we have built one of the largest solar farms in east Africa for a tea farm, as well as a solar carport on the roof of a mall in Nairobi. Now we are bringing our world-class engineering expertise to develop three systems, including what we believe to be the largest battery storage system for solar in east Africa. The awarding of this contract means that Solarcentury will have built the three largest PV systems in Kenya.

We are always keen to work with organisations who want to improve the sustainability of their operations, and we’re pleased to be able to help organisations save money too. icipe’s mission of safeguarding the environment aligns with our own mission to alleviate climate change.”

Work on site will commence in July 2016 and the systems are expected to be generating solar electricity by October 2016.