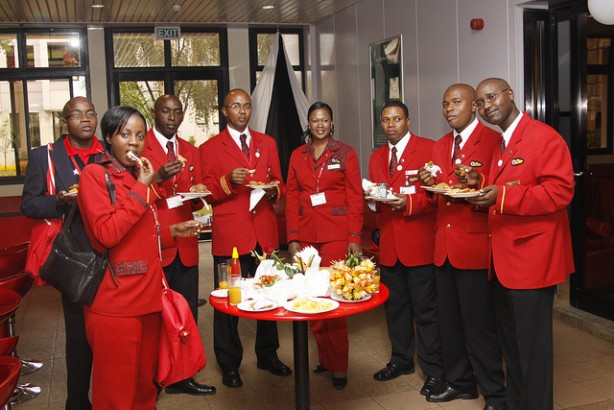 Category: Corporate Comments Off on Kenya Airways feted for keeping workers healthy, off injuries A+ / A-

Kenya Airways has won an International Safety Award with merit from the British Safety Council in recognition of its commitment to keeping its workers and workplaces healthy and safe during the 2015 calendar year.

Kenya Airways is one of 241 organizations to win a merit in the 2016 International Safety Awards and the only Kenyan company.

Now in their 58th year, the International Safety Awards recognise and celebrate organisations from around the world that have demonstrated to the satisfaction of the scheme’s independent judges their commitment to preventing workplace injuries and work-related ill health during the previous calendar year.

Kenya Airways Director of Corporate Quality, Safety, Security & Environment Alex Avedi said the airline has worked hard to improve its work environment to protect its employees which advanced its ranking.

“The safety and security of our people is paramount and one of our core values. We are very pleased to have improved our rating in 2015. We will be going for a distinction this year,” said Avedi.

Mike Robinson, Chief Executive of the British Safety Council, congratulated Kenya Airways on their success in winning an International Safety Award with merit for 2016: “The British Safety Council commends Kenya Airways on their achievement. The award is in recognition of their commitment and effort to keep their employees and workplaces free of injury and ill health. Our warmest congratulations.”

“The British Safety Council’s vision is that no one should be injured or made ill by work, anywhere in the world. Across all of the winning organisations are examples of dedication and hard work to ensure that the risk of injury and ill health is prevented. We commend the winning organisations and urge them to continue working with us to ensure that our vision becomes a reality.”