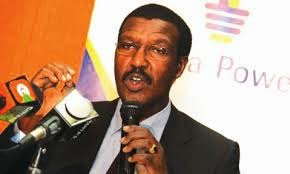 Kenya Power & Lighting Company (KPLC) has made major manager changes of its top management.
The executive bench answering directly to the CEO have been reduced from 14 to 8 in new sweeping changes by new CEO Dr. Ben Chumo.

The changes, with insiders only, have occasioned unease and were preceded with resignation of at least one top manager Mr Sammy Muita.

Former Chief Managers will now be called General Managers in charge of divisions.

Sources indicate that the General Manager for Human Resource Division where Dr Chumo previously headed will be advertised.

The changes will see 6 former Chief Officers report to their former colleagues, two of them who were “junior as they were still acting in the Chief Officers positions” lamented one source which didn’t wish to be named.

The sources claimed the changes favoured managers from largely one community and want Cofek to seek an injunction against it.-Cofek