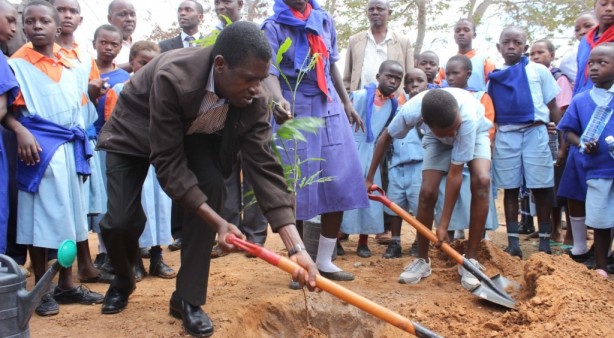 KenGen is scaling its corporate Social responsibility(CSR) programe to a fully fledged foundation as it scouts for more human resource to boost its capacity in power generation.

Over Sh 150 million will be invested in what will now be known as the KenGen Foundation, set to be operational before end of year.

Social projects to be covered by the new body include education, health and environment to benefit communities in areas where the company has power generation installations.

“We have started registration process that should be concluded in the next few weeks,” said the company Acting Managing Director, Simon Ngure.

The state corporation has set a target to boost power generation from current 1650MW to 5,000 mw in the next four years.

The company is expected to direct a big chunk of the fund towards its KenGen education programme, which has been part of its wider corporate social investment.

“Through practical and solution centered education supplemented by the firm, we look for a person well balanced, a contributor to the economy who can be relied upon,”Ngure said last week during the company’s annual Scholarship awards.

A total of 39 students were awarded with Scholarship certificates bringing to 284 students both from primary Schools and those seeking training opportunities in universities since 2005.

KenGen has so far awarded scholarships worth Ksh34.6 million, a quarter of the amount it is putting into new investment in community projects.

The power producer singled out the programme as among its main roles in building the country’s economy through development of human resources.

“Going forward the company is planning for job placements to university graduates once they complete their courses,” said Ngure.

KenGen now joins the league of Equity bank which has also scaled its CSR programme to Equity Foundation.