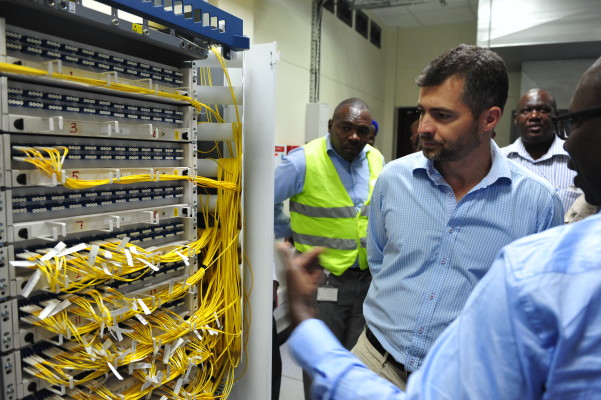 Safaricom has opened a data Centre in Eldoret in a move that is aimed at enhancing network quality in the North Rift region.

The hub known as MGW site, has been set up at Kapsoya in the outskirts of Eldoret Town at a cost of Sh20 million.

It will improve efficiency of data center organization, installation and maintenance of network equipment in the North Rift region.

This is part of Safaricom’s ambitious network expansion plan to boost service delivery.

“This is an important milestone for Safaricom’s network expansion plan, especially in this region.

The construction of this facility has been driven by the demand from our customers for data services. This site is well equipped and has been designed in a way that will enable any future expansions that we may need to do,” said Safaricom’s Director of Technology Thiboud Rerolle while commissioning the facility.

He said the facility will help improve data speeds and address network failure challenges and this is part of the plan to make Safaricom the go-to network for all Kenyans.

The Kapsoya facility will provide space to house equipment for the increasing expanding Safaricom enterprise customer base in the region and will also improve the quality of service and help reduce network outages.

Safaricom has 11 key data hubs in Kenya with Kapsoya being the first fully equipped state of the art in North Rift region.

With the increasing subscriber base that stands at over 21 Million subscribers on its network, Safaricom will continue to focus on rolling out of 2G and 3G sites across the country to meet the customer demands.

Last year launched the 4G network making it the first mobile operator in the Sub-Saharan region to launch the 4G Technology.

Safaricom already has the widest network coverage in the country, with over 3,200 base stations, nearly half of which are 3G-enabled.